Where to Buy Texas Pecans for Your Holiday Pies 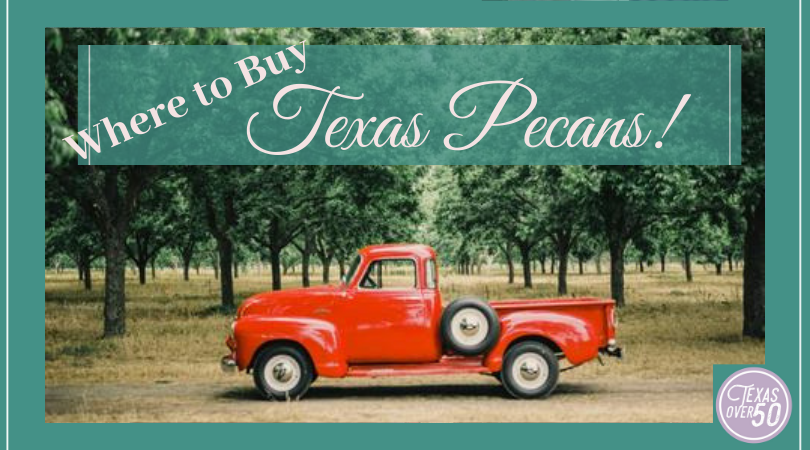 Until I started researching Texas pecans for this post about where to buy them, I was totally oblivious to most every pertinent fact. Only one thing did I know for certain on the subject.

Pecans are my favorite nut, and Thanksgiving can never come and go at my house without at least one slice of pecan pie.

But, hey. A pecan pie made with Texas pecans?

That’s got to be the ultimate. 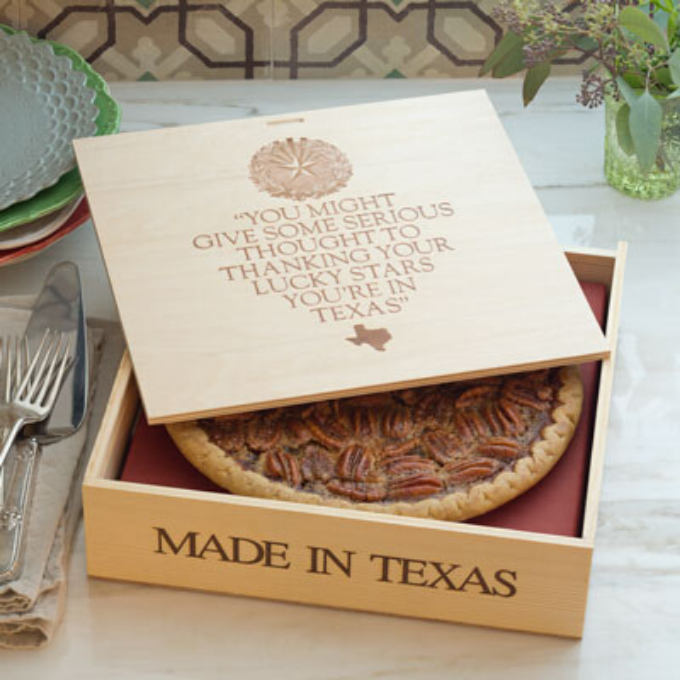 If I Were Guessing

If I were guessing, I’d say that you and I  likely share about the same level of knowledge about Texas pecans and affinity for the pie, but as Alice Hoffman said, “once you know some things, you can’t unknow them.”

Now that I know where to buy Texan pecans, how utterly distinctive they are to our agriculture, how deliciously sweet they taste and how gorgeous they are in a syrupy pie, I will never again buy pecans for my holiday pies from anywhere but a Texas grower. 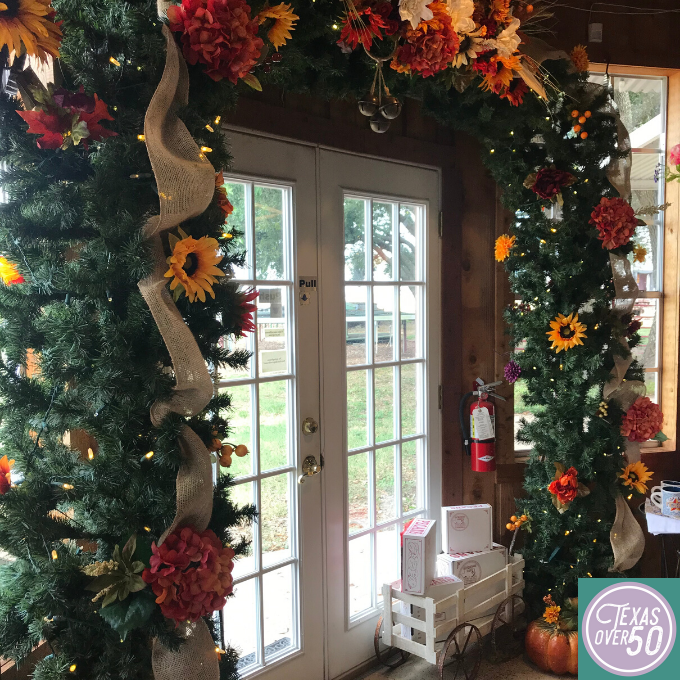 Edgar Rose, a retired Illinois engineer, has made a hobby out of all things pecan pie. His research, done largely from reading old cookbooks, confirms that pecan pies were made first with a few different ingredients than we typically use today, like milk and raisins.

Sorghum and molasses began to be used to achieve the customary sticky filling around the early 19th century, but when the wife of a Karo syrup executive discovered how easy their product was to use in pecan pie, most recipes began to be anchored around a cup or so of Karo as a staple in the list of ingredients.

Mr. Rose says the key to the best pecan pie is chopping the pecans. A pie using pecan halves is considered the prettiest, but according to Mr. Rose, it’s the chopping that makes the tastiest. 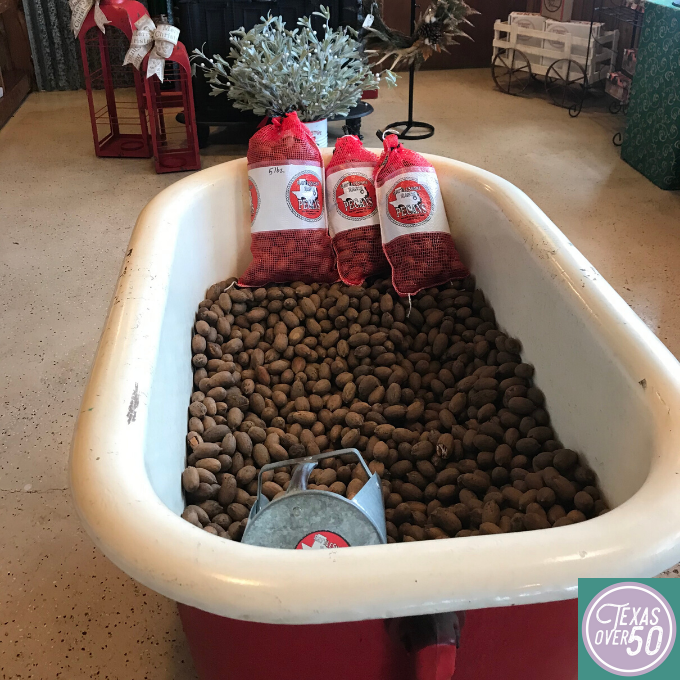 By virtue of our location and climate, a great portion of  Texas has what it takes to grow pecan trees.  Texas is the largest producer of native pecans in the world. By an act of the Texas Legislature in 1919, the pecan became our state tree.

Would it surprise you to learn that the highest percentage of native Texas pecans is grown in El Paso County? Me, too. Pecans also grow well in Central Texas and continue to flourish as far south as Hidalgo County, in the McAllen area.

Pecans have grown to be a symbol of Texas’ diverse agricultural economy, but records indicate that pecans were being exported from Galveston as early as 1850. By 1945, there were over three million pecan trees in Texas, providing about 30 percent of America’s total crop.

Even with projected yields a little lower this year, due to late summer drought, Texas pecan farmers still expect production to yield around 36,000,000 pounds. 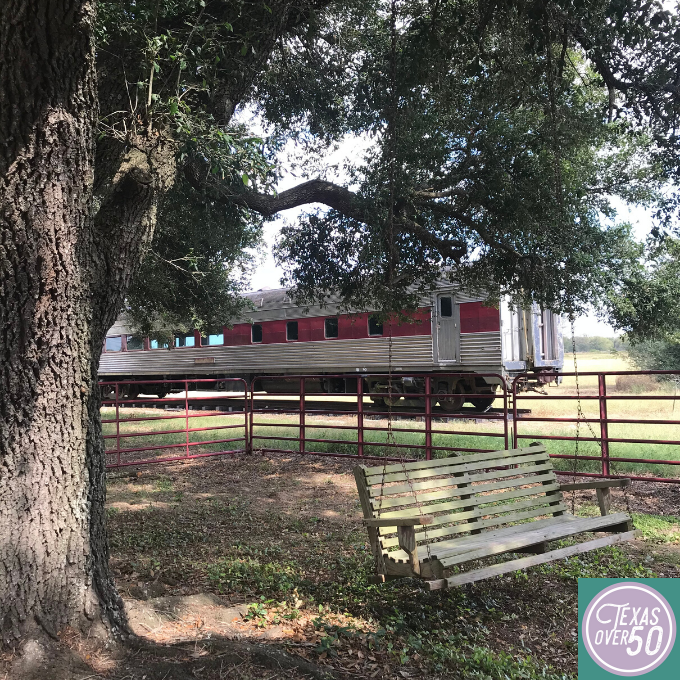 Photo – Tree Swing and Railcar on the Rattlesnake Ranch

Why We Should Buy Texas Pecans

Mark Walls, whose family has been growing pecans for three generations, says that those of us who live in Texas should be pretty partial to buying our own pecans.

Not only are pecans high in cancer-fighting antioxidants, but they’re also full of nutrient rich oils that benefit our bodies in many other ways. Eating pecans is a good thing to do for our health. Buying them from a Texas grower guarantees an abundance of flavor.

At 38 Pecans, Mark’s family has focused on extending their grandfather’s vision of providing 38 different varietals and has stayed on the cutting edge of innovative technology to meet that goal.

This year, the company plans to showcase more new products, the Texas Pecan Coating Mix and Texas Pecan Baking blends, which are the only pecan based coating mixes on the market today. Expect to notice these coating mixes as the new non-GMO, gluten, grain and cholesterol free standard. They taste great on any protein, whether fried, baked or barbecued.

Mark says it “feels really good to create a new product in this space that people can enjoy year around, not just during the holiday season.”

Just as buying Texas pecans gives a boost to our agricultural economy, it’s also a sure-fire way to make sure we’re getting them as fresh as possible at the point of purchase.

Texas growers say the pecans we typically pick up from store shelves have likely been in storage for some time, but the pecans we buy seasonally from Texas grocers, and directly from Texas farms, have been harvested, shelled and bagged within their optimum, most flavorful date range. 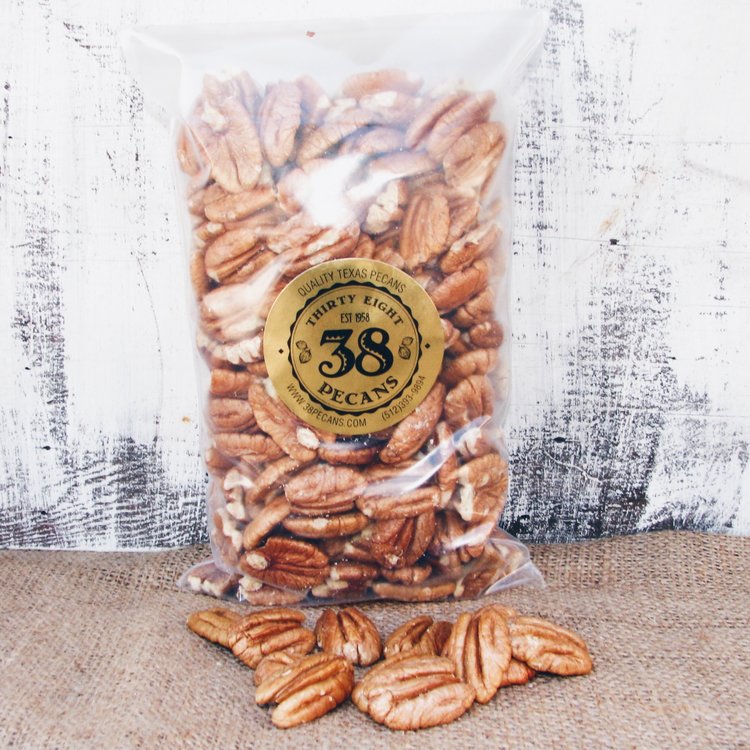 Where to Buy Texas Pecans

Check with your local grocery store. They’ll know if fresh pecans from Texas orchards are on their shelves this season and can steer you in the right direction.

But, for a real treat, head out to a Texas pecan festival or take a day to visit a few farm stores.

When our daughter and SIL came up to Dallas from Houston recently, I talked my man into driving half-way home with them on Sunday afternoon so we could all pay a visit to Rattlesnake Ranch Pecans, a beautiful pecan orchard near Crockett, Texas.

What a beautiful drive, and what a fun time we had.

The orchard at Rattlesnake Ranch does its thing while Clint Craycraft and his wife run the pecan store. It’s in a perfect location, just across the road. She decorates and runs the Facebook page, while he crunches the numbers and talks pecans with all the store customers.

Other places to find Texas pecans include holiday markets like ‘Neath the Wreath in Plano,  Nutcracker Market in Houston, at a cute little store on US-287 in Chillicothe, and, of course, in San Saba, the pecan capital of Texas. Ordering from growers’ websites is also easy as pie. Check out links for many Texas pecan growers here.

Photo – Front door of the store at Rattlesnake Ranch Pecans

How They Do It

Through the years, the process, from planting to shelling, has become pretty streamlined and efficient. Watch the cool video below from Chase Farms and then follow San Saba Pecan’s Facebook page here.

All this pecan talk might inspire you to see a whole lot more of what Texas has to offer. Click here for a look at the Texas Pecan Growers Association’s Holiday Trail Map to find pecan growers to visit all over the Lone Star State.

I want to say a big thank you to Mark Walls from 38 Pecans for answering my questions about pecans in Texas.

Check out their blog to learn more about this family business and using pecan baking blend in delicious-sounding creations like Maple Cinnamon Dolce Biscotti and Honey Toasted Baked Brie.

Want to Win a Pie?

Are you hungry for pecan pie? Same here. I’m sitting here now, wishing I had a piece of gooey pecan pie to go with my morning coffee.

But I am also excited about your chance to have a slice of Texas pecan pie with your morning coffee, because you could win a whole pie from Rattlesnake Ranch.

Just comment below. Tell me something you learned from my post, or some pecan pie memory, or, shoot, whatever you want to say. It doesn’t matter. Leave a comment, have a chance to win the pie. It’ll come right to your door.

Simple and sweet is the name of this giveaway, my friends.

Encouraging everyday intentional adventure, and an extra-special piece of Texas in your holiday pies, 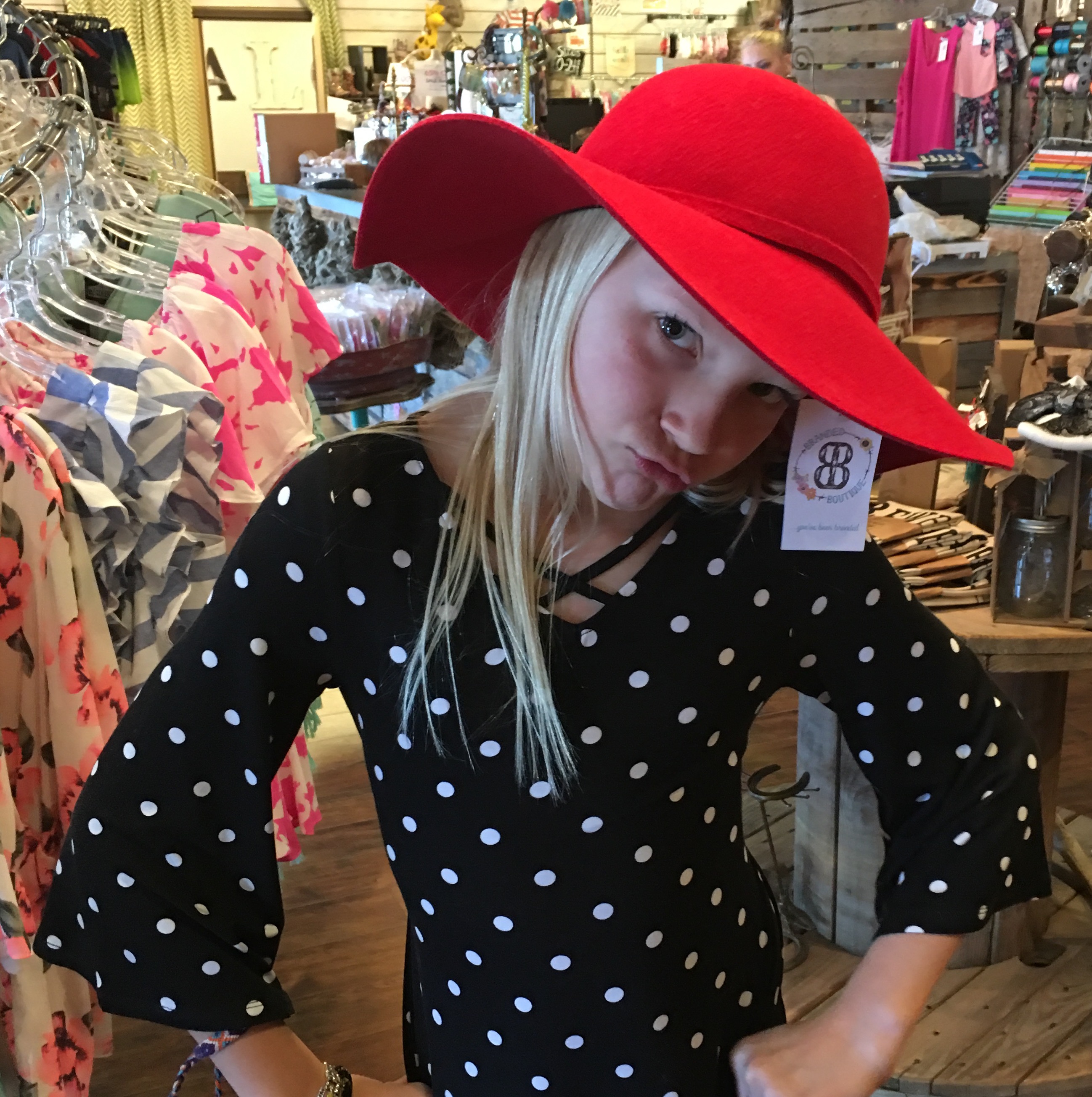 On the Hunt – for the Perfect Sunday Morning Cinnamon Roll 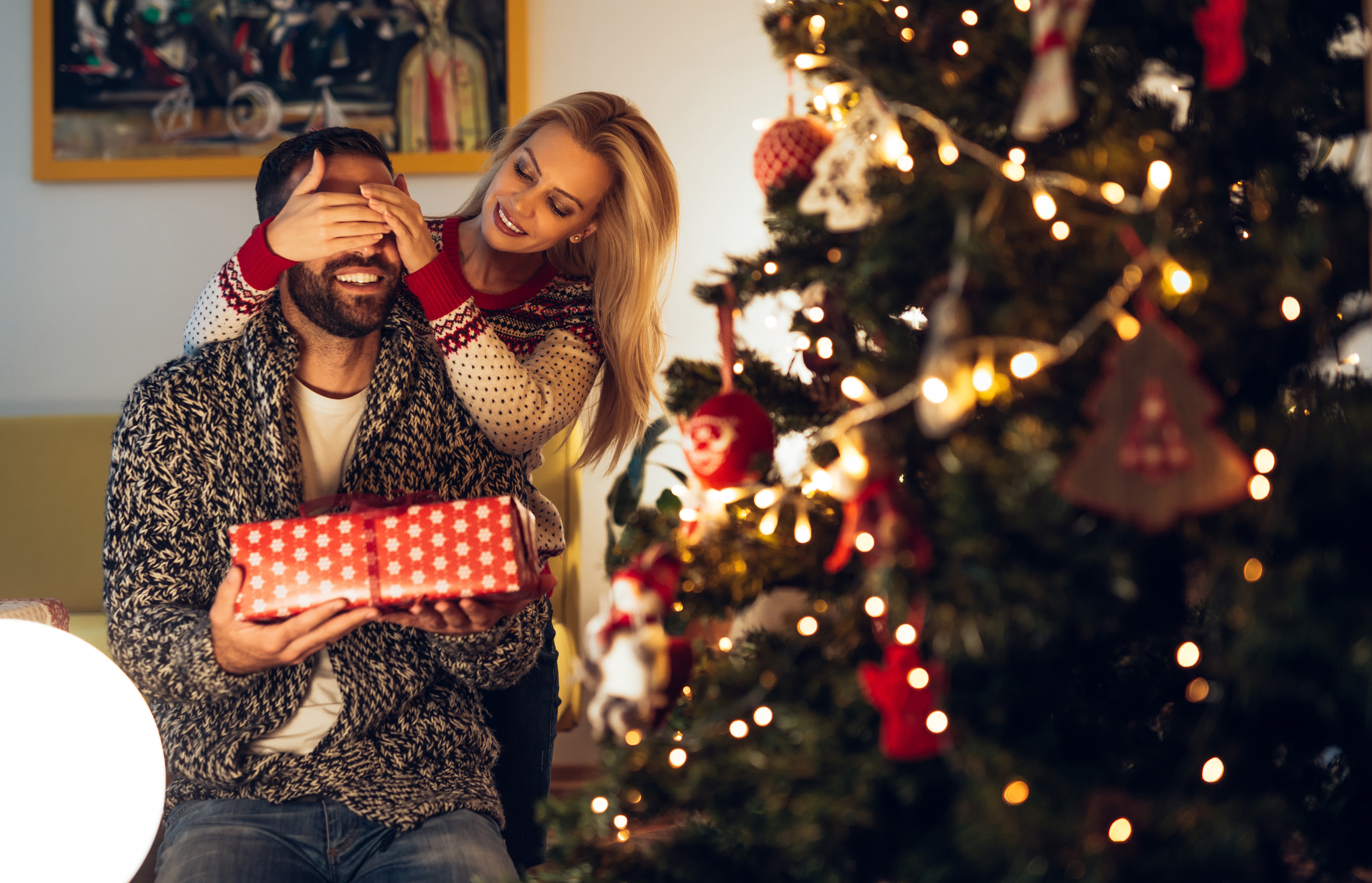