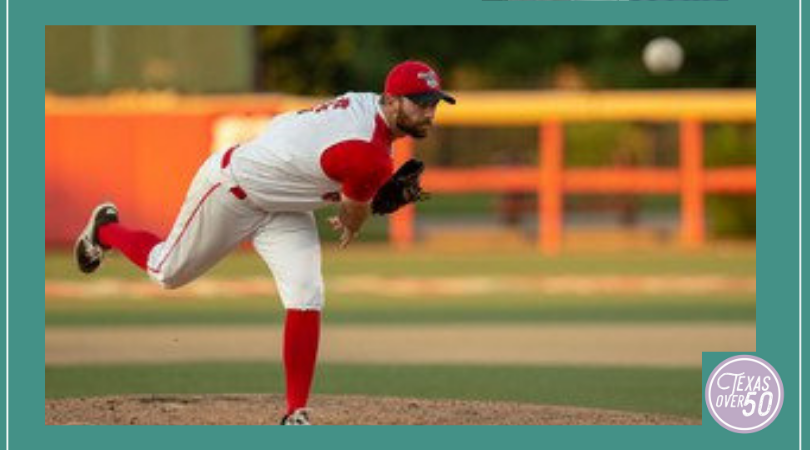 There’s just something about springtime and baseball, isn’t there? One signals the other, and the two just go together like – well, like a hand in glove.

Here in the Lone Star State, baseball is just as much the king of spring as it is anywhere else, but what seems to be gaining greater glory for itself this season is the minor league version of the game.

When springtime rolls around in Texas, most of us start thinking about planning day trips, vacations and which veggies to plant down each row of the garden.

But, there’s a whole ‘nother world of fun out there for those who love the game of baseball.

Of course, we all cheer for our ‘Stros and Rangers, but if you want to throw a little curve ball into your typical sports itinerary, think about heading down to somewhere like Alpine or over to Corpus Christi, where you can buy yourself some popcorn, peanuts or Cracker Jack and root, root, root for one of these 11 Minor League home teams.

The Round Rock Express is a Triple-A affiliate of the Houston Astros major league club. Their home games are played at Dell Diamond in Round Rock, Texas. This Texas minor league team was established in 2000 and patterned its name after Nolan Ryan, who was known as “The Express.”

For the previous eight seasons, the Round Rock Express had been a Triple-A Affiliate of the Texas Rangers. But, last year, the team entered into a 4-year player development contract with the ‘Stros, a decision made in hopes of recreating the winning vibe that occurred in 9 of its best seasons.

Check out the schedule here for Express game dates and times. 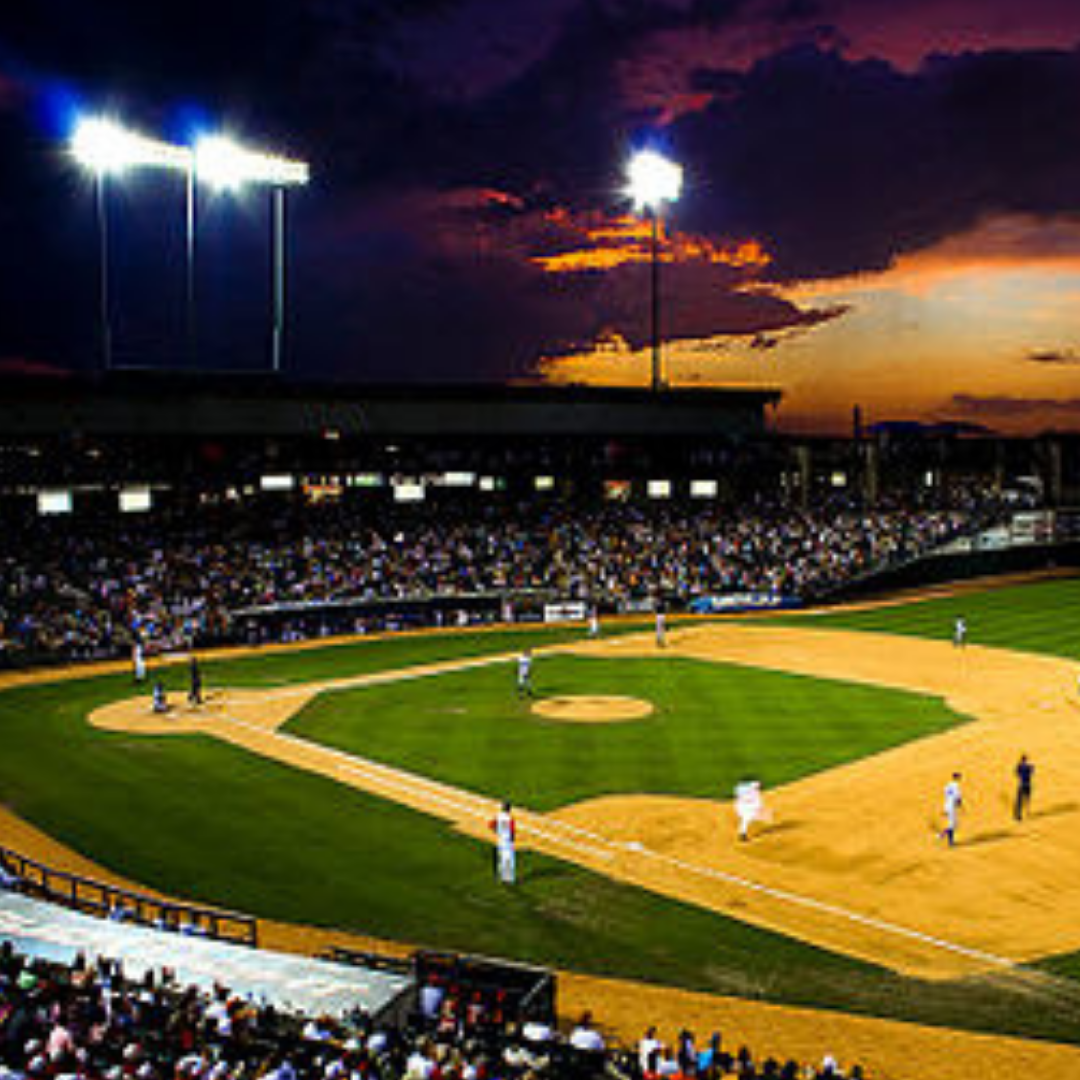 The San Antonio Missions minor league team is a Triple-A Affiliate of the Milwaukee Brewers. The team gets its name from The Alamo, the Spanish mission upon which Santa Anna laid siege for 13 days in 1836. All home games are played at the Nelson W. Wolff Municipal Stadium in San Antonio, Texas.

There’s been a fair amount of squabble over revamping the stadium, but Missions fans are excited to be there this season to watch players whose names are familiar from rosters of the majors.

Check out the schedule here for Missions game dates and times. 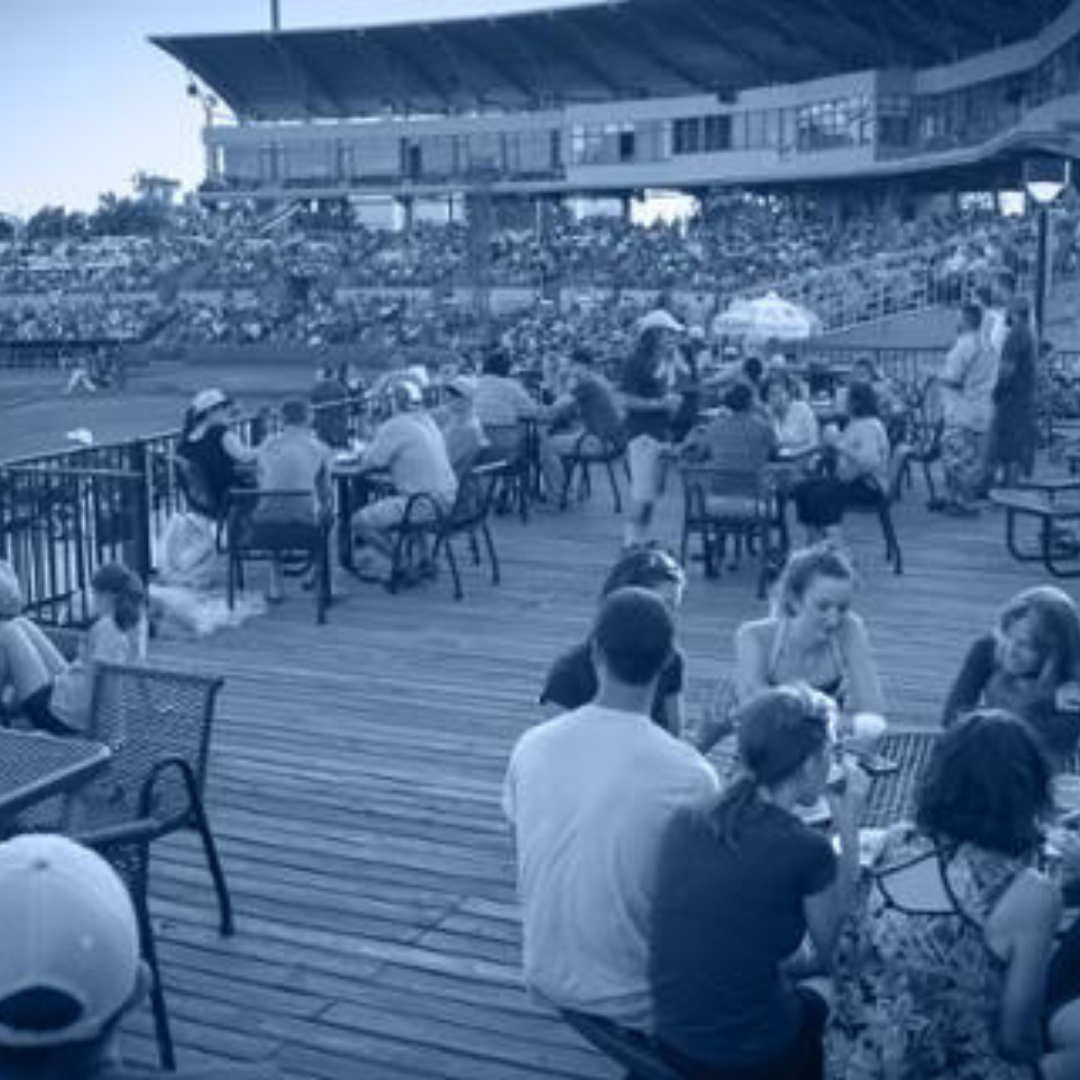 The Frisco RoughRiders are a Double-A affiliate of the Texas Rangers. The team is named for the 1st U.S. Volunteer Cavalry Regiment during the Spanish-American War, which was headed by Theodore Roosevelt before he was President. Home games are played at Dr Pepper Ballpark, which has seating for over 10,000 fans.

Before being named the RoughRiders, the team was known as the Shreveport SwampDragons, but was renamed after a purchase by Mandalay Entertainment and a move to Frisco.

Check out the schedule here for RoughRiders game dates and times. 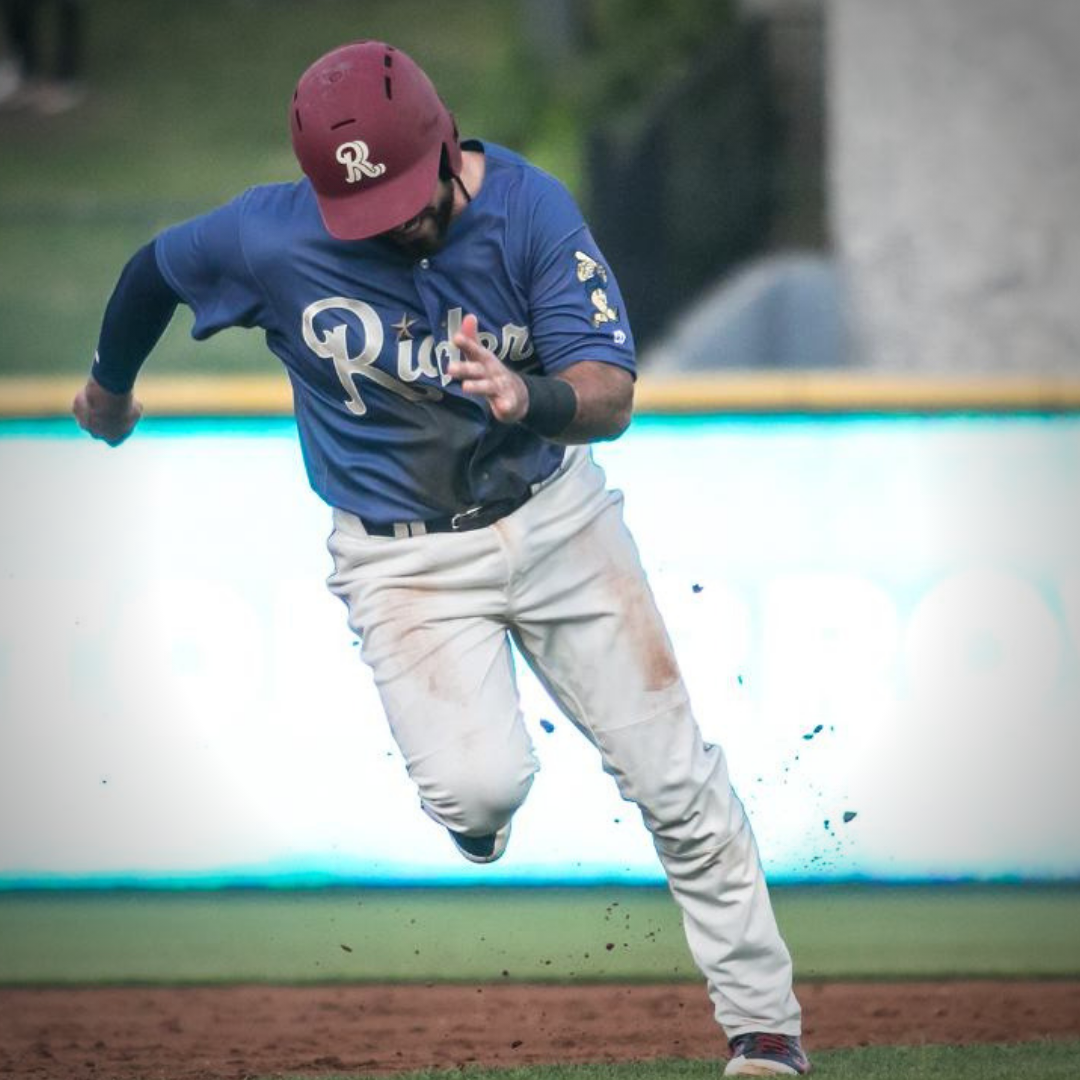 The Midland RockHounds minor league team is a Double-A Affiliate of the Oakland Athletics. In 1999 the team took its new name from the common nickname given to geologists.  The logo includes Rocky the RockHound, who holds a bat and a rock-shaped baseball. All home games are played at Security Bank Ballpark in Midland, Texas.

Check out the schedule here for RockHounds game dates and times. 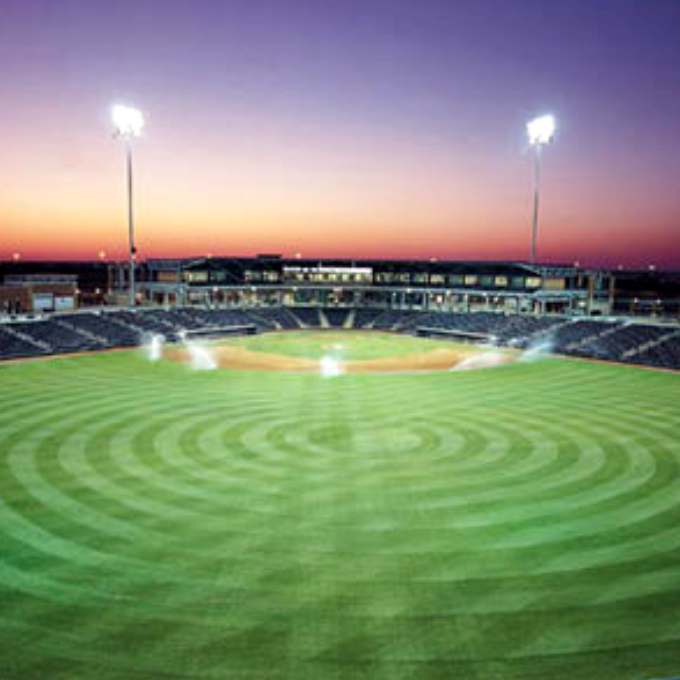 The El Paso Chihuahuas are a Triple-A affiliate of the San Diego Padres major league club. Their home games are played at Southwest University Park in El Paso, Texas. The team’s history includes being moved from Tucson, Arizona (as the Padres) to El Paso to become the Chihuahuas for the 2014 season in the city’s new ballpark.

El Pasoans named the team by voting their favorite from an approved short list, which included: Aardvarks, Buckaroos, Desert Gators, and Sun Dogs.

Check out the schedule here for Chihuahuas game dates and times. 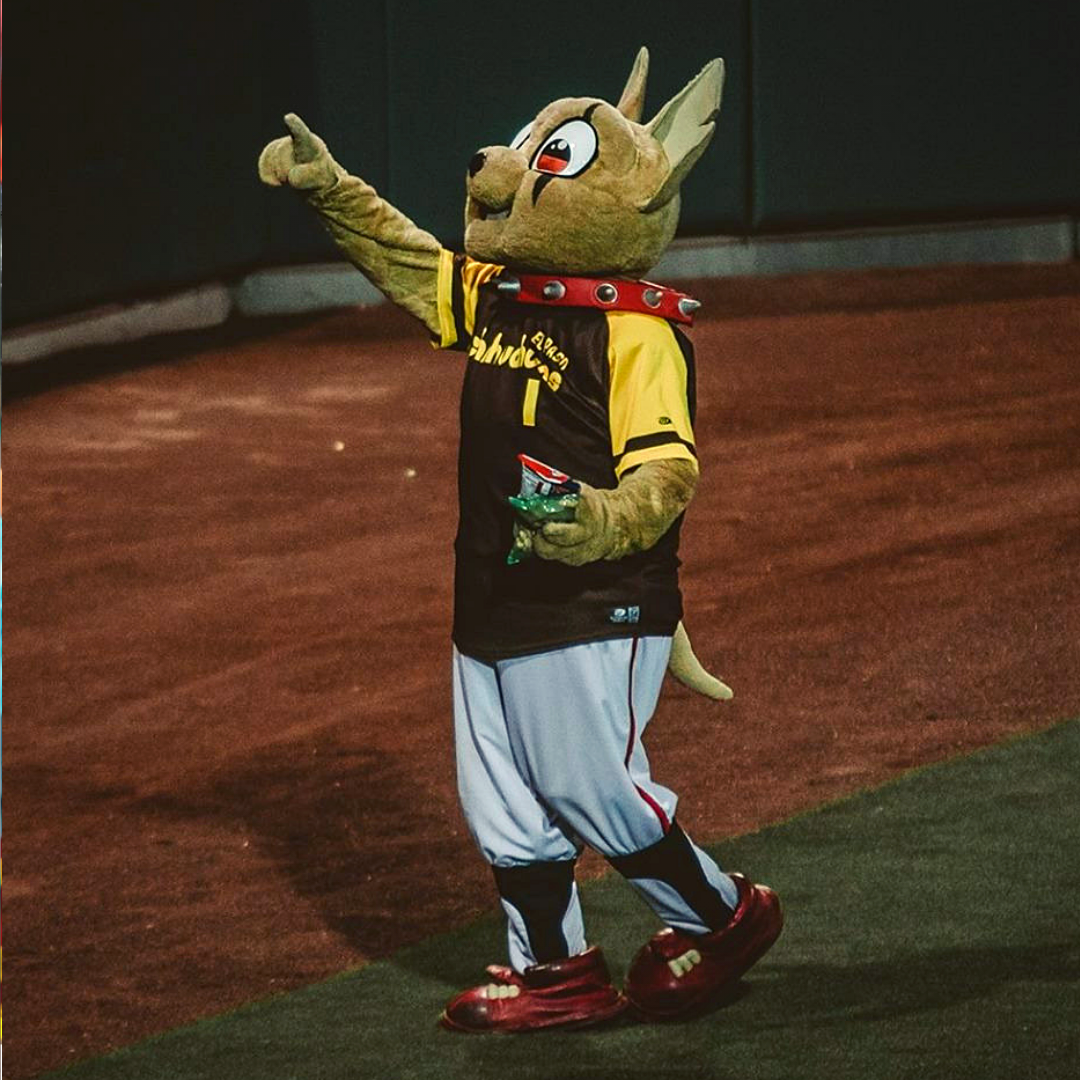 The Corpus Christi Hooks are a Double-A affiliate of the Houston Astros major league club. Their home games are played at Whataburger Field on the waterfront in Corpus Christi, Texas. The team started out in 1968 as the Memphis Blues, then moved to Jackson, Mississippi for 25 seasons as the Mets, and then the Generals.

Nolan Ryan heads up the group that owns the Hooks, and the team’s CEO is Ryan’s oldest son, Reid. Double mascots for the team are Sammy the Seagull and Rusty Hook.

Check out the schedule here for Hooks game dates and times. 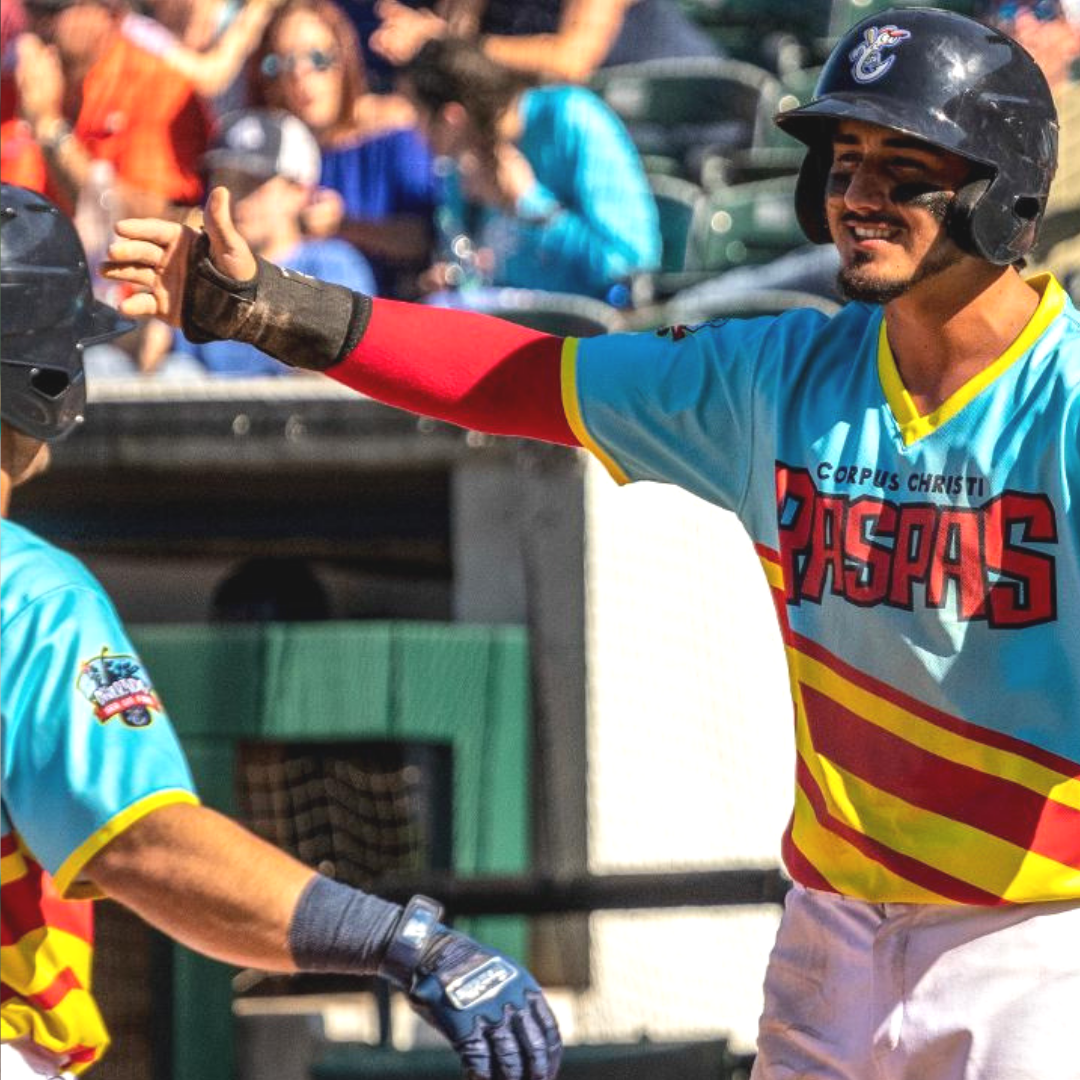 The Cleburne Railroaders are an independent professional baseball team that plays in the American Association. Their home games are played at The Depot in Cleburne, Texas.

Based in a town of 30,000 people with a widely-known railroader reputation, The Cleburne Railroaders go way back. They won the Texas League in 1906, but discontinued play after the franchise folded that same year. Cleburne’s mayor decided it was time to bring pro baseball back to town in 2014. He thought that the completion of the Chisholm Trail toll road would provide more opportunity to draw fans from the Dallas/Ft. Worth area, and he was right. Voters passed a $25 million bond election to build a stadium, and the Railroaders were back in business, just 110 years later.

Check out the schedule here for Railroaders game dates and times. 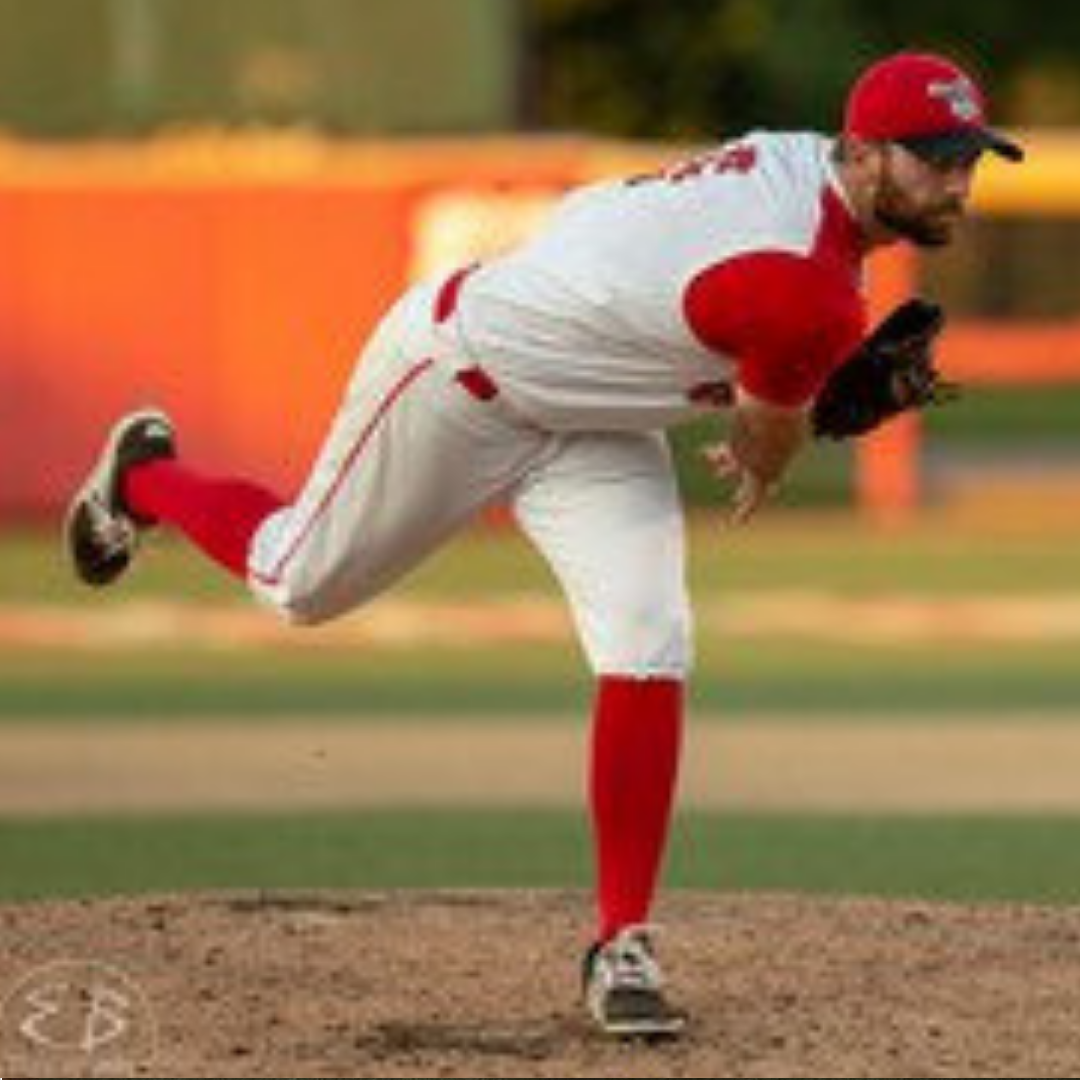 The Texas AirHogs are a member of  the American Association of Independent Professional Baseball, not affiliated with Major League Baseball. The team takes its name from something Grand Prairie is known for – its aviation industry leaders.

After merging with the Amarillo Thunderheads (formerly Amarillo Sox) for the 2016 season, the team played all of the next season’s games at their home stadium in Grand Prairie. In 2018, the AirHogs began a 3-year partnership with the Chinese Baseball Association, which sends 30 Chinese players and $1.5 million dollars to the team each season. Hot dawgs and sushi, anyone?

Check out the schedule here for AirHogs game dates and times. 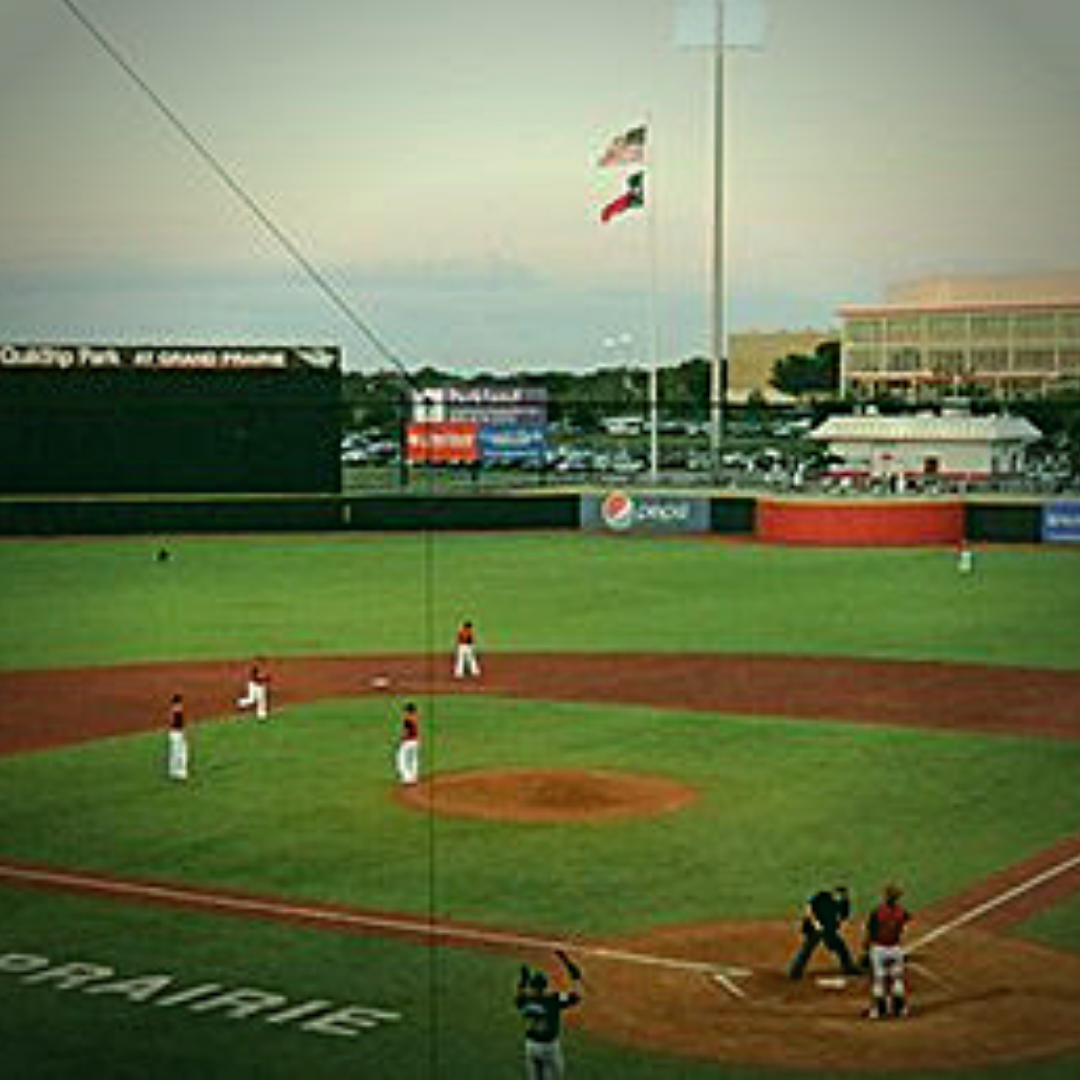 The Sugar Land Skeeters are, like the Texas AirHogs, an American professional baseball team not associated with Major League Baseball. Since 2012, the team has played all of its home games at Constellation Field in Sugar Land, Texas. The Skeeters get their name from the pesky little insects that are a big part of summer nights in Texas, mosquitos.

In 2016, the Skeeters won their second Atlantic League Championship.

Check out the schedule here for Skeeters game dates and times. 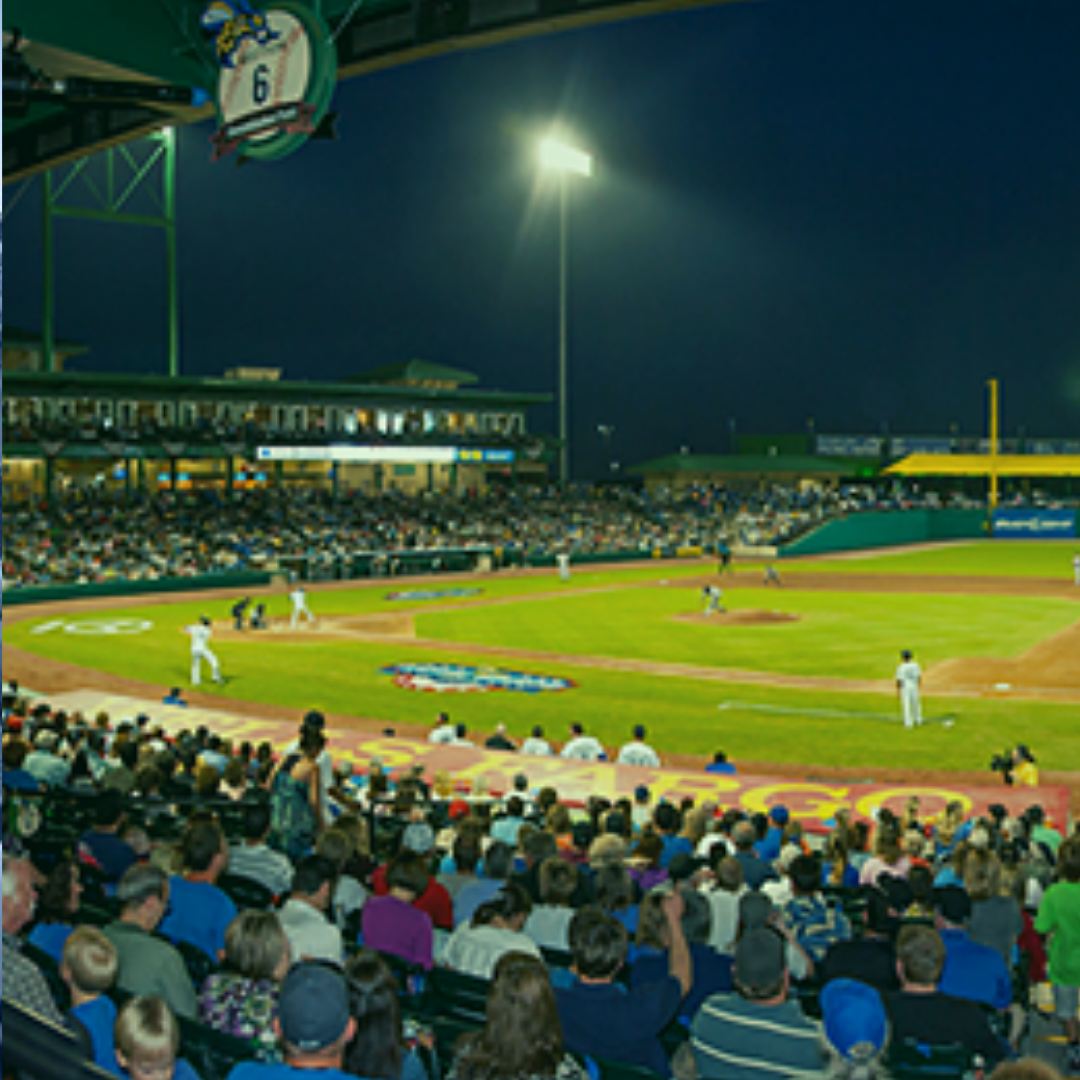 Another Texas minor league team not associated with Major League Baseball is The Alpine Cowboys, which is a franchise of the Pecos League. Home games are played at the 1,400 seat Kokernot Field, a replica of Chicago’s Wrigley Field. Built by Herbert Kokernot, who once played for the Alpine Independents, the stadium became home to the team renamed as the Alpine Cowboys. At a cost of $1.25 million dollars, this was a big deal for a town of only about 5,000 residents.

Before he died, Mr. Kokernot gave a unique gift to the players at the end of each championship season. Red cowboy boots.

Check out the schedule here for Cowboys game dates and times. 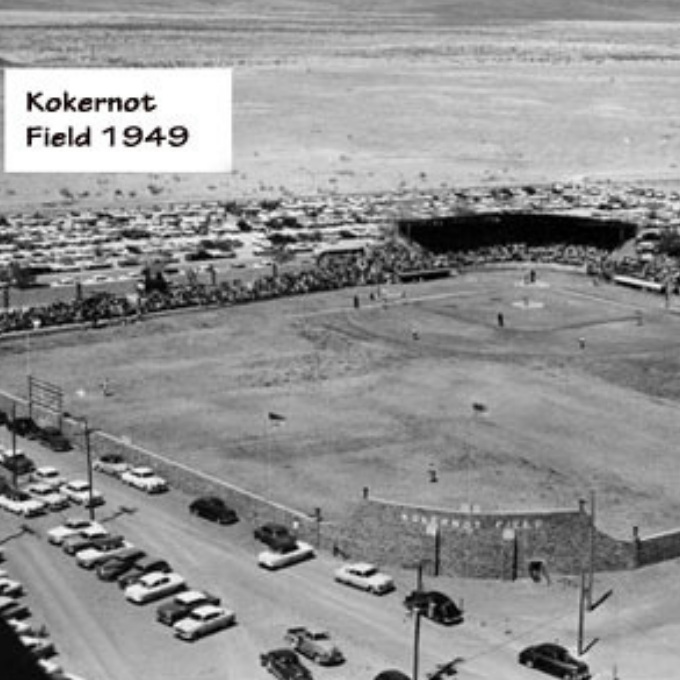 The Amarillo Sod Poodles is a Double-A affiliate of the San Diego Padres major league club. Their home games are played at at the brand new $45.5 million stadium, Hodgetown, in Amarillo, Texas. The team’s name comes from the nickname given to those fast-moving, well-known little critters who dig out an underground home and then help about a jillion of their friends do the same until, together, they’ve made a “town” in the prairie dirt.

In a contest to name Amarillo’s new team, four rougher and tougher sounding finalists emerged (Boot Scooters, Bronc Busters, Jerky, and Long Haulers), but, in the end, Sod Poodles was the name that won out.

On April 8, 2019, Amarilo’s new minor league team played its first home game to a sold-out crowd of over 7,000 previously disgruntled people who had somehow become raving, shirt-wearing, die-hard Soddie fans. That’s a marketing home run if there ever was one!

Check out the schedule here for Sod Poodles game dates and times. 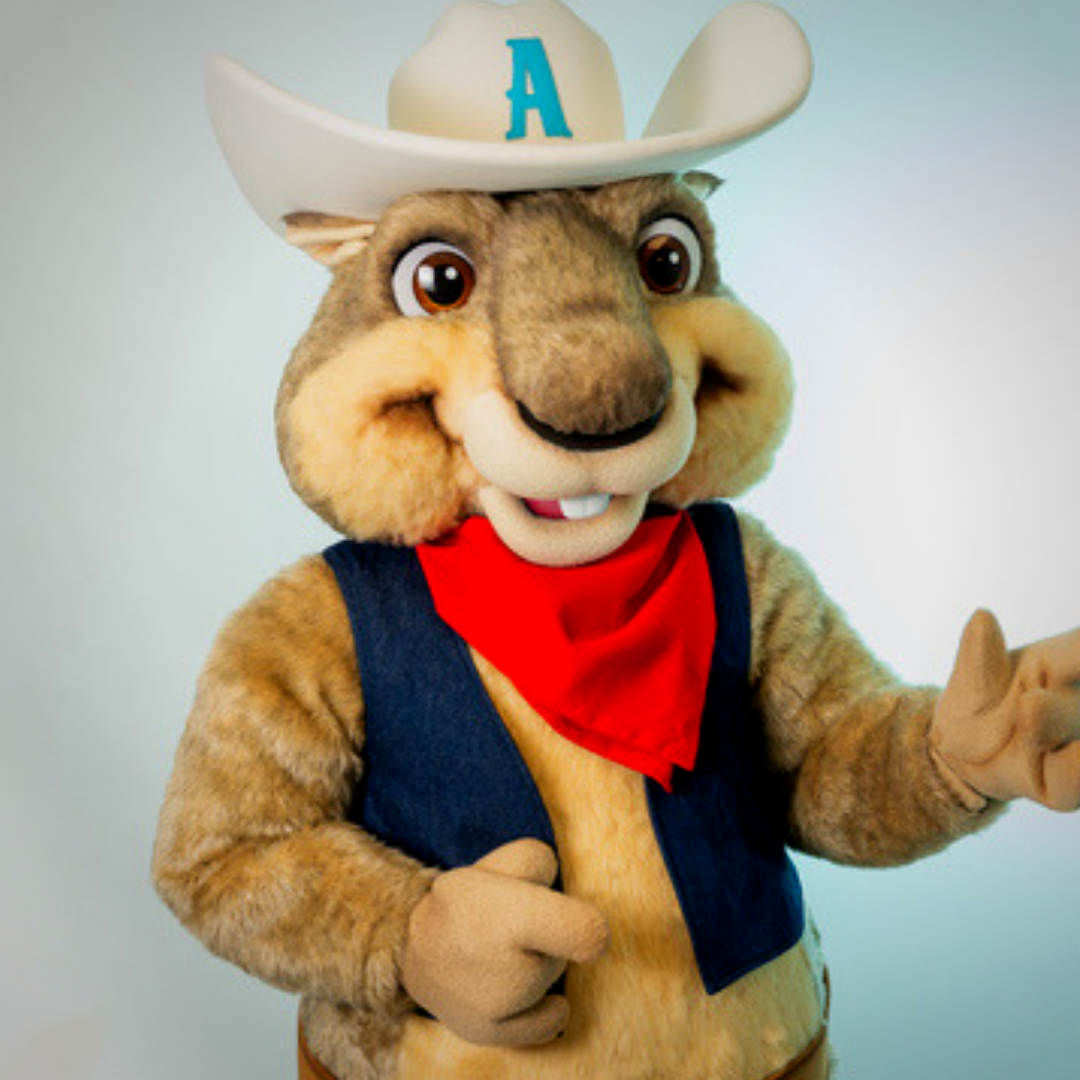 Are you a baseball fan?

If you’re a baseball fan, you’ve probably purchased season tickets and started filling a big book of stats. I’m not that much of a sports fan, but really I’m kind of easy when it comes to attending games. That means that if my man wants to go, I’ll tag along (and ask a lot of dumb questions).

But this season, I might switch things up a bit and ask him to go with me. Shoot, we could even try to go to 11 Texas cities to watch 11 games.

Why not? I’ll ask the speechless little thing.

Because, he’ll hear me add. Because minor league baseball in Texas is you-know-what.

10 Ways to Celebrate an Anniversary on the Cheap

66 Bible Verses to Memorize With Your Grandchildren 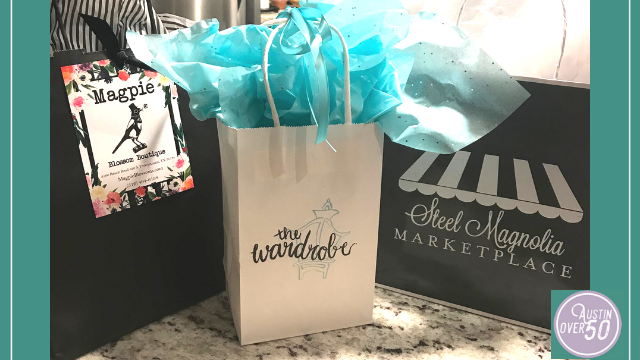 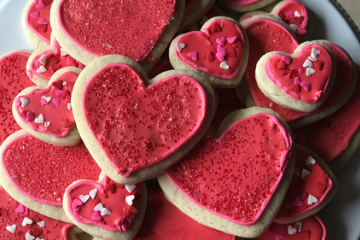 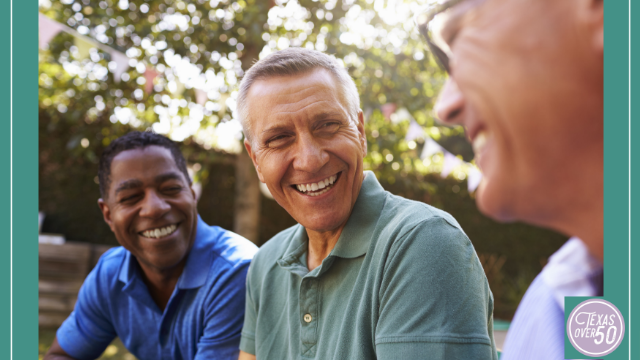 7 Natural Ways to Make Friends as an Adult Over Fifty