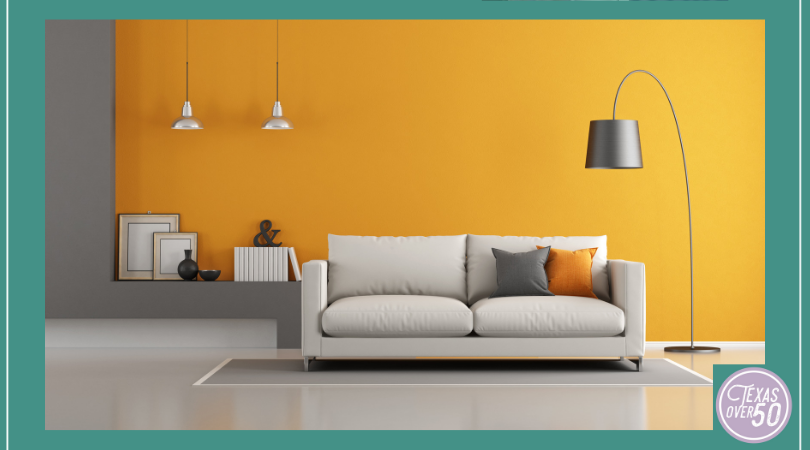 In case you haven’t noticed, the subject of clutter seems to be a hot topic these days.

Whether we’re talking about the world’s trash crisis or just the state of a neighbor’s overflowing garage, you and I are starting to feel the pull toward a less complicated relationship with our stuff.

I have wondered, though, is this mainly the problem of our generation? Could it be that our millennial children and their friends are not living with less because they’re just starting out in the workforce, or is their decluttered lifestyle a result of true blue minimalism?

We Have Our Differences

I find the whole group to be very interesting, highly educated, and so adept at being decisive. There are a few things they seem more comfortable with than I would like. For instance, living together makes no sense to me. However, many millennials wouldn’t consider marrying someone unless they had tried each other out with a three-year trial run.

During my observation of millennials while enjoying their company, I’ve zeroed in on a couple of things that they just don’t get about us, either.

One:  Why is it so hard for us to fall in love with sushi?

Two:  Why do we keep so much stuff?

Friends, money, knowledge, experiences – this is the stockpile of the new generation.

Hector is a recent graduate of the University of Texas and now works in the legal field. In his free time, he enjoys the experiences of Austin, buys a shirt every now and again when he needs one, mostly online (or finds it online first and then reserves it at the store for pickup), and keeps a clean apartment.

Millennials are Nothing if Not Methodical

They are fully capable of moving themselves to a new city, planning a month-long trip to another continent and learning to cook whatever they want to eat. (They’re not quite so decisive in their dating relationships, but I can harp on that one later.

The Subject Comes Up a Lot

Go to lunch with friends, and the topic will come up.  Talk to a relative in Indiana, and she’ll say she wants to send you some pictures she’s trying to get rid of. Go out with another couple on Friday night, and you’re guaranteed to discuss how one of you needs to clean out the garage this spring.

Overfiftyers be talkin’ ’bout our stuff.  How to organize it, give it away, label it, and insure it. It not that, we’re talking about how to market it on eBay or sell it on craigslist. After that, we discuss whether to whether to hand it down or put it up.

We Discuss How to Remember Where we Put It

Since my husband and I have downsized from a barn and two acres in the Texas panhandle to a downtown Austin apartment in the last 5 years, I’ve been pleasantly, albeit surprisingly, delighted at the freedom we feel with, like, SO MUCH LESS.

If you don’t already know this about me, I claim to be good at only a couple of things. One is trend-spotting. First, I start feeling it in my bones, then I begin to notice some subtle societal shifts. Before you know it, everyone is talking about it. Case in point? Partially hydrogenated oils were out of my kitchen way before Y2K.

I Can Spot a Trend

I can spot a trent a mile away, my friends, and I believe this decluttering trend is fixin’ to turn into a walleyed tidal wave.

Why? Because we Over Fiftyers are, to a large degree, empty nesters, and we’ve grown tired of stacking stuff higher and higher around the circumference of the nest. We’ve kept a whole lot of that stuff, thinking our kids would someday need some of it, or better yet, be as attached to it as we are and give it a special spot in their own little nests. As must as we’d like that to be true, it’s not necessarily panning out that way.

Our millennial children have a different perspective on their stuff, and they’d love it if we would, too.

Truthfully, they admire the attention we’re giving to decluttering, and they like watching us become more involved with higher pursuits, like writing books and adventuring around the world. They’re also pretty proud of their boomer mentors who are volunteering, coaching teams, learning about art, living urban, spending time with our grandkids and even starting blogs! For us, there’s an additional payoff.  Getting rid of our stuff is helping us spread our stiff Over Fifty wings and fly into some pretty exciting, albeit unchartered, territory. We’re expanding our influence more than our square footage. But, don’t get me wrong. Decluttering is a very emotional journey. We can’t do it too fast, and we sure can’t do it willy-nilly.

We Can’t do it Uninspired

I know what some of you are thinking. You’re thinking you’d like to jump in on this journey, too, but you’re not sure you have it in you, and besides, you might have to get rid of some stuff you really love.

Don’t get too worried here. We don’t have to get rid of EVERYTHING. However, if your stuff has been weighing kind of heavy – if it’s been gnawing at you every time you raise the garage door – if you don’t feel like you can have anyone over for dinner – it’s time. But, be encouraged, my friend. You can do it!

John is one of those people who is very easy to like.  He’s just got so much going for him. He’s smart, he likes to laugh, he’s a good conversationalist, and he’s a very hard worker. After a lot of years in the samse profession, John is still passionate about his jot and does it very well.  If you’re a business owner, you know that employers everywhere are looking for people who fit that description.

Over the past few months, in the time between fishing trips to the coast and working on his golf game, John has found new inspiration in an unlikely, but quite a fulfilling new passion.

It Starts with a D and Ends with a G

John is a very motivated declutterer.  Oh, I know.  You were probably expecting me to say that this adventurous guy has taken up a new thrill-seeking hobby like bungee jumping from rugged cliffs in Colorado or backpacking in the Himalayas. But, here’s the thing.  Decluttering done well and done right is not only not boring (excuse the double negative), it is straight up exhilarating!

As a normal kid from an average family, John grew up in North Houston where he fondly remembers his most prized possessions: a bicycle, skateboard, a few baseball cards and  some cherished concert ticket stubs. There’s John on the far right.

While a student at the University of Texas, John swam, made friends, worked, and enjoyed Austin in its simplified musical prime.

After graduation and a few years in the banking industry, John decided to make a change.  A friend approached him about taking a position at the already-prestigious law firm of Scott, Douglass & McConnico LLP, where the firm would depend on him to hire and manage staff, organize office space for meetings and a myriad of other tasks that keep the place up and running. John took the job and has been there ever since.

While surfing the net last fall, John came across a #1 New York Times bestseller by Marie Kondo called The Life-Changing Magic of Tidying Up.

Since he had already started a list of winter things to do around his house, John was drawn to Marie’s book, hoping for a little fresh motivation.  After downloading a copy and quickly devouring the whole thing like a couple of Friday breakfast tacos, John became a man on a mission.

He Followed the Process

John followed the book’s prescribed process to a tee – starting with clothes.

About getting rid of some big, heavy, unused coats that had been hanging in the closets for years, John remembers, “I just decided if it gets really cold one day here in Austin, I’ll just suck it up.” That same weekend, John took all the books off of his sagging shelves, touching each one, and asking himself:  Will I ever read this again? Does it look nice on the shelf? Golf books could stay, he decided. The rest were highly negotiable, and most ended up in four boxes that John sold to Half Price Books. “Hey,” John said. “That’s $49 I can use on a fishing trip!”

After applying Marie’s principles, John was able to whittle it down and leave the bottom of the bookcase completely empty. He was amazed at the progress he was making, so he just kept going.

These bunk beds have been in John’s family since he and his older brother actually slept on them!

He remembers them climbing all over these beds and stretching their bodies as long as they could so that they could step from the beds to the dresser without ever touching the floor. I’m pretty sure my brothers did the same kind of acrobatics on their bunk beds! Today, this is John’s man-cave / workout room, where he keeps an assortment of weights, a yoga mat and a few man-treasures.

In three months’ time, while following Marie’s counsel to only keep what sparks joy, John has now totally decluttered his digs.

The whole kit and caboodle, every closet, every drawer, every book and every fishing lure have been through the sifter. And now, it’s all done! There’s no more thinking about it, and no more trying to motivate himself to accomplish it.

As supervisor to an ever-changing fleet of 12 college students who work in the same busy law firm, John finds himself constantly putting his new tidying-up tidbits to work in the workplace. Together, these students and John have organized, downsized and categorized every three-ring binder, every chair, and every box of paperclips.

Hector started out at the firm as one of those runners.

Now, he’s rolling up his sleeves and helping get the job done in a different way – managing page after page of important documents.

Who would ever think that talking about tidying up could be so enjoyable?

The three of us spent a lunch hour discussing it all, but could easily have talked much longer.  It was so interesting to hear the thoughts of each one of these guys about how he decides what to buy and what to keep.

John is planning to take a week off soon. He said this will be the first time he can spend 5 carefree days without thinking of all he needs to do at home. Oh, he still has a to-do list. It just looks a little different than it used to.

Hector will still be at the office. The nice, neat and tidy office. I think I’ll see if he wants to join me for lunch one day.  Maybe some sushi.

Encouraging a life filled with everyday intentional adventure and some tidying-up magic along the way, 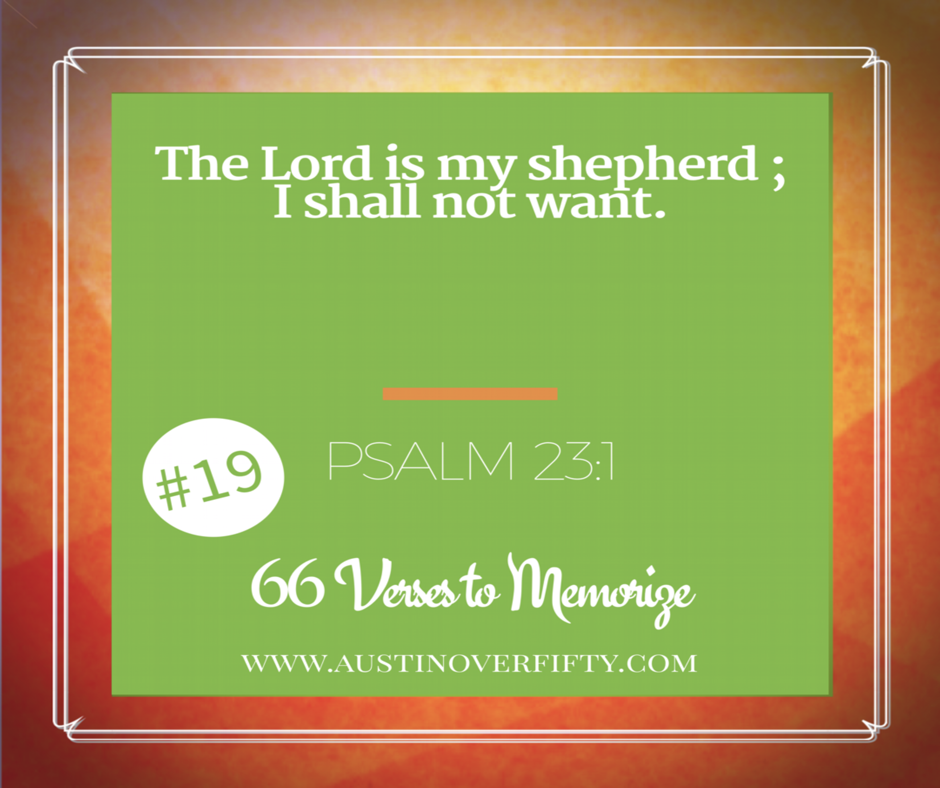 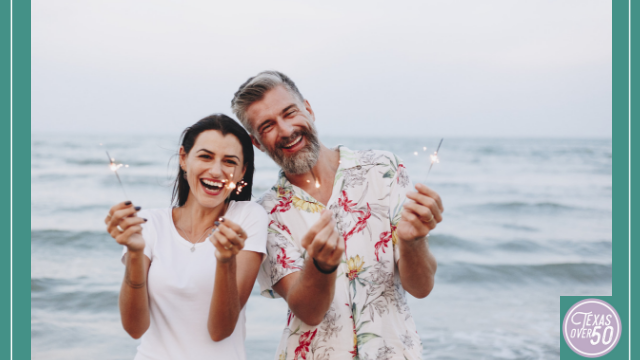 10 Fun Ways to Celebrate an Anniversary on the Cheap 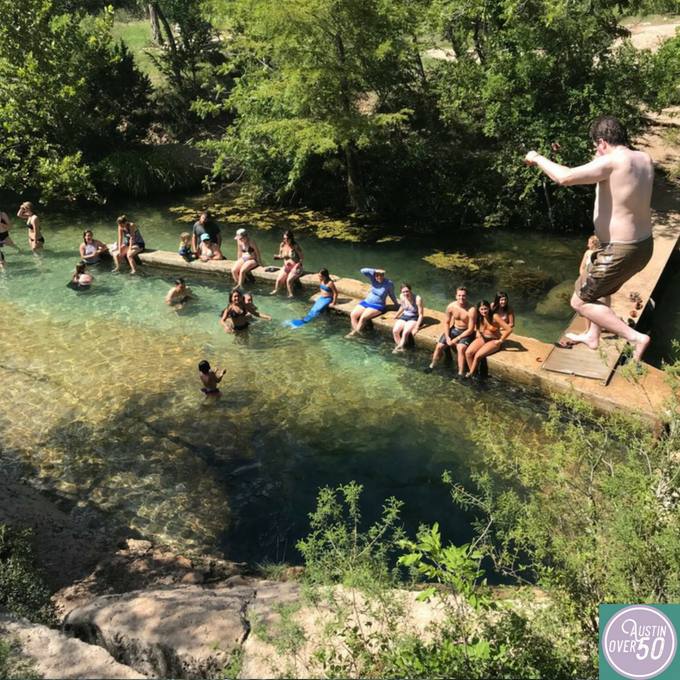